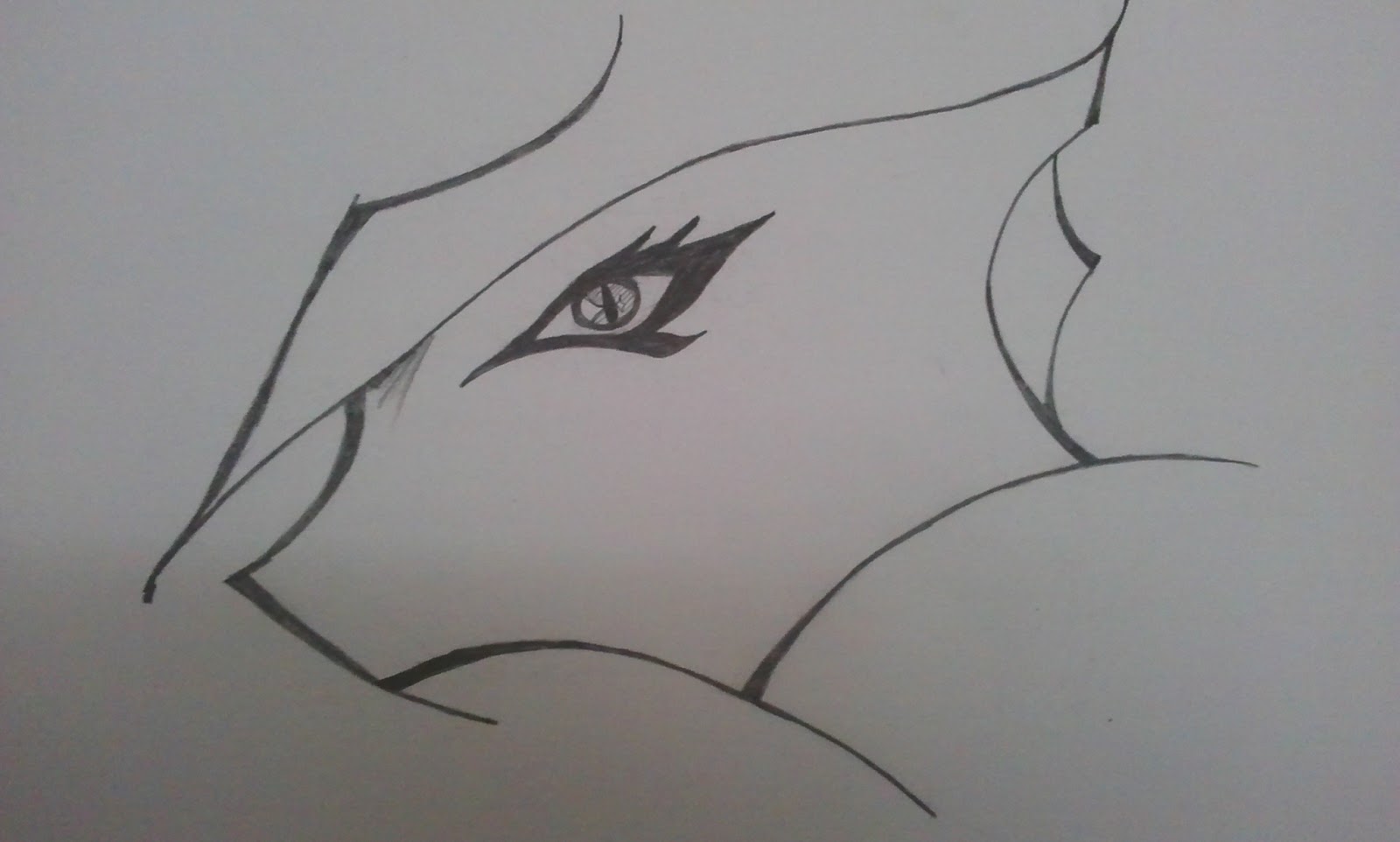 This is my entry for the contest Platinum Day of Love posted by Indiblogger. Thanks indiblogger for  these amazing contest. inspires me to write with my heart.
Posted by Aditi at 05:21 66 comments:

"WeChat with Anyone, Anywhere!"

"WeChat with Anyone, Anywhere!"

If I have this wonderful choice of connecting with anyone and anywhere then I would definitely choose people who have inspired me throughout my life. People who have been there guiding me and showing me to choose the right path and even if I have chosen the wrong one, they were always there standing for me at the end with a lesson learned from the wrong path. Its amazing to get inspired from these five people that I chose to connect with. I would never miss this opportunity for the world. So here is my list of five people

Oprah Winfrey is one of those very few people in my life who has inspired me to get out the worse time and to live the best time of life. She is the one who taught, there is no age to achieve anything, and all you need is heart and determination. As I am going through a difficult phase in my life where it’s getting hard for me to decide that whether I am suppose to live for other and be sad or live for myself and be happy. She is a woman of wisdom so I would like to have advice from best of the best.

The atrocities of the world will come to end one day and that one day is unknown to everyone except the Tenth Avatar of Vishnu, Kalki; the destroyer of darkness. If given a chance I would not want to know the exact time and place but what more is there to see than we are already experiencing. I would ask for some insight which will help in bringing some serious change in the functioning of the world. I would want to know something that will be followed and would not just stir up and shut down with time. So, the tenth avatar will be my second choice to connect with so that we have some light in the darkness.

I am a lover of art and an artist too so Michelangelo, the God of art will be my third choice to connect with through WeChat. I would talk about all the techniques and inspiration needed to complete an art work. How he brought life to his art work, his versatility in so many disciplines is something that can only be learned if the words fall from his mouth and imagine when I will tell people that I get my art lessons from Michelangelo.

So many stories and so many speculations as to what happened to Netaji Subhash Chandra Bose. The mystery can only be unravelled by the man himself so why not connect with him and ask the actual truth as to how he died. I am a curious soul and have been following the umpteen reports made on his death but nothing satisfies my platter. So I decided that I will connect with him through WeChat and ask the great man himself putting an end to all the hoax speculations.

The fifth person and the best one is someone whom I have been following to live this life as simple as possible so I kept him for the last, Gautama Buddha. I would ask him that how come a man with a kingdom of his own decides to live the life of an ascetic and how come people today are running for the things that he left all behind. I would like to hear his story of reaching the stage of awakening and what insight he got about the past lives and about his whole journey. I am a personal believer in Buddhism and have faith in karma so what better way to end my WeChat with the man of serenity and enlightenment which is so much needed in today’s materialistic world.

This is my entry for the "WeChat with Anyone, Anywhere!" contest. WeChat's Youtube channel.

"Mirror Mirror on the wall"


Once upon a time there lived a handsome prince named Edward. He was the handsome of all the lads in town. His kingdom and his parents were looking for a girl who could match him. Hence to find the perfect match for the prince the king and the queen arranged for a ball and invited the princesses from all the kingdoms. Prince dreamed of his lover day and night. Prince Edward was very delighted as he was about to find the love of his life.

The day of the ball, Prince wore his best attire and a cloak made of gold and diamonds. He had one last look at the mirror and went to the ballroom. Every girl in the room was mesmerized by the beauty of prince. Every princess wanted to be the bride to Edward. But as the prince started asking them to dance with him, they started warding off with some excuse or the other. Some would dance but will soon start departing as the prince would make a conversation. The king and queen could not understand what was happening. To Prince Edward’s amaze the ballroom was empty. He left in despair and locked himself inside the room.

The king and queen approached the fairy godmother and asked for a solution for their son’s sadness. The fairy godmother went to the prince, gave him a mirror and the address to the tooth fairy. Prince could not understand but fairy godmother asked him to find tooth fairy to unveil the mystery behind the mirror. Prince Edward left the very same day and went through all the hurdles to reach the tooth fairy. The tooth fairy looked at Edward and said; “Oh! Edward, if you could only have listened to me and your parents when I gave you those wonderful teeth. You are being punished for not taking care of the most precious gift I gave you. Prince Edward still puzzled begged her for forgiveness. She explained him why all the beautiful girls who came all the way to marry you ran away and she asked him to take a few tests.

The tooth fairy gave him an apple and told him to bite it. As he took the first bite, he could not believe what he saw. There was blood all over the apple and around his gums. Then the tooth fairy asked him to drink a cold glass of water and a hot glass of water. Prince cried with deep sensation of pain and lastly she asked him to blow some air in the small urn with insects in it. As the prince blew air in the urn, all the insects died because of his bad breath.

The tooth fairy explained him that these were the reason why all the princess left you and did not want to talk.  Even if you are the most handsome man in the world Edward, no girl will marry you because of these problems and your problems don’t end here Edward. If a solution is not found to your problem, it will lead to gum diseases, swollen and painful gums, heart diseases and a very painful life ahead.
Prince Edward begged the tooth fairy to find a solution for his problem. The tooth fairy told him to follow simple rules.


After explain the rules, the tooth fairy handed Edward a box of soft bristle toothbrush, Colgate toothpaste, a mouthwash and a calendar to remind him to practice these rules daily. Prince Edward was very happy but then he was reminded of the mirror. He asked the tooth fairy about the mirror. She said after every fortnight you will go in front of the mirror and ask a question... Mirror mirror on the wall; are my teeth healthiest of all? Until the mirror says yes, you cannot find the love you are looking for and you must practice the rules for the rest of your life and share it with as many as possible. The day mirror says yes, that will be the day you can arrange for another ball in pursuit of your love and your true happiness.

Prince Edward followed every instruction given by tooth fairy and the day came when he got rid of all his problems and the mirror said yes. Following tooth fairy instructions, he spread the message and found his love and his way to happiness and healthy life.
Moral of the story: Live a healthy and happy life by brushing your teeth twice.

This is posted under the contest "The moral of the story is ...!" by IndiBlogger. Have a look at  My Healthy Speak Blog!

I said, “I do” : My entry for the Get Published contest’.

I said, “I do”  : My entry for the Get Published contest’.
I turned my back and sat in the car. He didn’t look at me, not even a glance. This I never knew would change my life forever. Love was torn, vows were forgotten. The only thing left was anger, fear and resentment. Was this ever love or did I just let myself believe that this is love. I questioned myself as each day passed. I remembered the pictures of past and found something that I ignored when it was right in front of my eyes. It’s been 3 years now and he doesn’t even smile now when he looks at me. We talk but with a heavy heart. There are no jokes. There is no teasing. No one runs after me in the house and no one hugs me when I am cooking in the kitchen.

The story is about the other side of love. The side which you never imagined to see even in the wildest of your dreams. The love that I nourished for years got ripped apart page by page like an old book kept safe for many years. I protected it from every storm and tide but could not protect it from the pangs of our own people.

It will be a story of every second house in the streets.  A story that says why you need to put yourself first even before the one you loved. It’s about life and those extraordinary and overwhelming situations where we all find ourselves trapped. You want to move but just don’t know how to take that first step. All I wonder is how I got myself here. I was a girl. I was a bird. I loved laughing until tears came out my eyes. I don’t laugh now, not with a heart at least. Heart is always heavy and it keeps on beating in a way I don’t understand.  It’s everyday struggle with the people that I promised to love forever. But sometimes promises need to be broken for good.

This story will take you to a journey which is just not mine but yours too in a big or in some small little way. It will be a story that answers the most silent question, does life end after marriage? What if it didn’t work? Can nothing be better than marriage? Why people look at you the way they do? Who makes the rules and why should we follow them? Why cannot elders accept the fact they can be wrong too?
This ordeal of mine will shake you up and not because its a story of my life. It will because in some part, in some chapter, in some sentence it will be yours too.

This is my entry for the HarperCollins–IndiBlogger Get Published contest, which is run with inputs from Yashodhara Lal and HarperCollins India.